How to Promote Without Setting Employees Up to Fail – Part 1 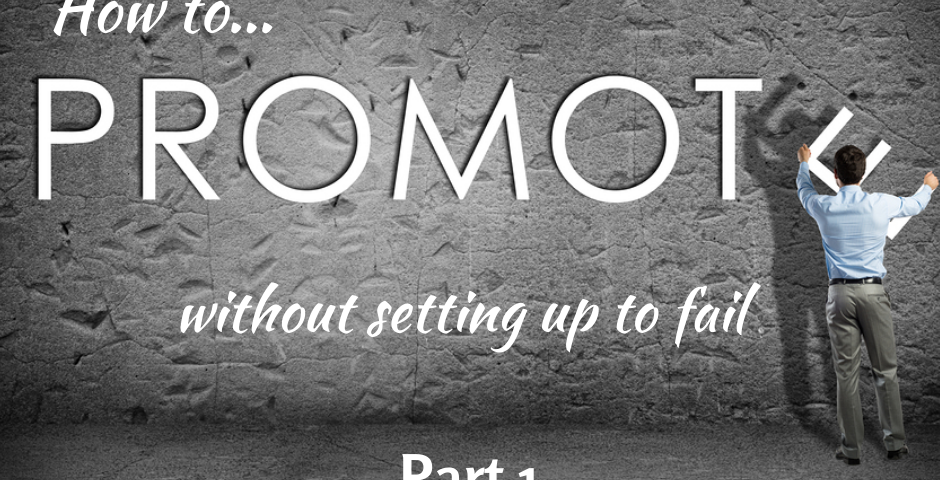 Promoting from within is an excellent strategy. Your organization gets to reward achievement while promoted employees get the opportunity to advance their careers. However, in the process, don’t forget this one truth: internal promotion can lead to setting employees up for failure.

This is the first in a two-part series intended to help you avoid the failure pitfall. In this first part, we will discuss two ways failure materializes. In the next article of this series, we will discuss several tips that make internal promotions less prone to the described failures.

The first failure is a lack of performance. An employee is promoted with the expectation that she will perform at a certain level. When she doesn’t, problems arise. Now the company has someone in a new position who is not up to the task. Where does management go from there?

Sometimes employees are promoted to positions for which they are not a good fit. A poor fit could be the result of personality differences, or it could be a lack of knowledge or skill. Whatever the case, having an employee in a position for which he is not well-suited hurts both him and his coworkers. Client satisfaction could also be negatively affected.

Far too often, the result of both types of failures results in one of three options. The first option is voluntary separation when the promoted employee decides on her own that it is best to part ways. The second option is involuntary separation. This is self-explanatory. The third option, which is the worst of the three, is doing nothing at all and allowing poor results to become the norm.

Stay tuned for Part 2 in this series to get helpful tips to avoid setting up employees for failure when promoting internally.